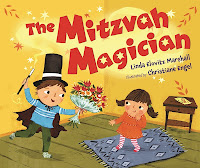 In Kar-Ben’s The Mitzvah Magician by Linda Elovitz Marshall, Gabriel the Great learns the power of mitzvoth through magic. While there might only be one Mitzvah Magician, many Jewish magicians have been part of the world of magic for quite some time.


Perhaps the most famous magician of all time, Harry Houdini, was born in Budapest as Erik Weisz, the son of Rabbi Mayer Samuel Weisz and Cecelia Weisz. When Harry was four, his family moved to Appleton, Wisconsin where his father led a Zion Reform Jewish Congregation in worship for nine years. Harry and his family then moved to New York City, where Harry began to cultivate and develop his skills as a magician. As a noted escape artist, Harry was world renown for his ability to escape any sort of obstacle or restraint. He died in 1926 and is buried in Machpelah Cemetery, a Jewish cemetery in Queens, New York. 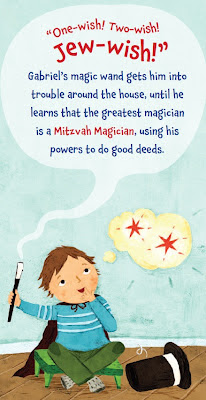 If we then fast forward 30 years, almost to the exact day, illusionist David Seth Kotkin was born. Arguably, the most famous magician in the world, you might know him by his stage name, David Copperfield. Copperfield was born in Metuchen, New Jersey to Jewish parents Hyman and Rebecca Kotkin. Copperfield is known for his way of combining storytelling with illusion, earning him an astounding 21 Emmy awards!


What’s more? The famous adage “abracadabra” is of Jewish origin! The saying comes from Aramaic, the lingua franca of the Jews during the Second Temple Period (539 BCE - 70CE) and the main language in the Talmud. Similar to Hebrew, the word abra (אברא) in Aramaic means “I have created,” and the word cadabra (כדברא) means “by my speech.” Hence its use by magicians is meant to showcase their ability to create simply through their words.
-Max Edwards
Posted by Kar-Ben Publishing at 10:01 AM